The only obstacle to success is your own limitations

Personal growth is an arduous task that is born of awareness, motivation and the change of perspective with which you see life. The following personal growth, self-improvement and success quotes are a very useful tool  for reflection and learning, and a wonderful incentive to get started on the long and exciting road to success.

Do you want to overcome your own limitations to discover your true potential? Have you started a process of liberation and personal growth, and do you need support? These quotes will help you think about who you really are and what you are capable of. 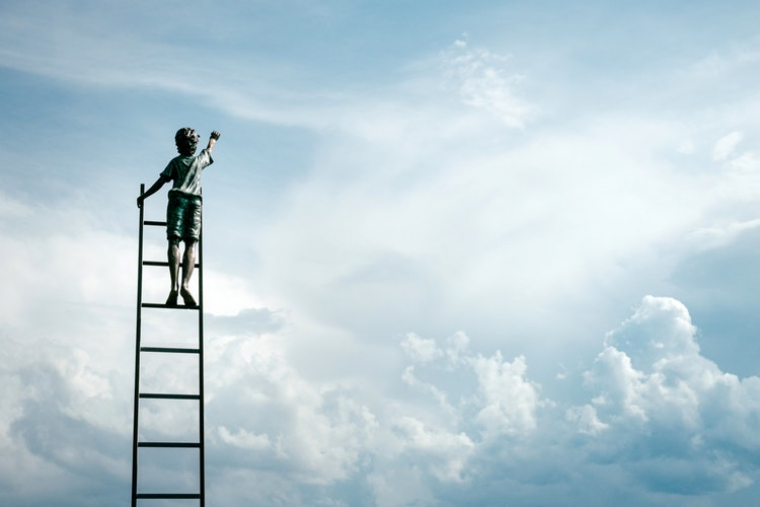 1All change is not growth, as all movement is not forward.

2You only grow when you are alone.

3In the confrontation between the stream and the rock, the stream always wins, not through strength but by perseverance.

4Don't judge yourself by your past; you no longer live there.

6Man never made any material as resilient as the human spirit.

7Execute every act of thy life as though it were thy last.

8Even if I knew that tomorrow the world would go to pieces, I would still plant my apple tree.

9Never stop smiling not even when you're sad, someone might fall in love with your smile.

10The journey of a thousand miles begins with one step.

11Be the change that you wish to see in the world.

12The first act of honoring the self is the assertion of consciousness.

13I think personal growth has much to do with acting ability.

14There are no such things as limits to growth, because there are no limits to the human capacity for intelligence, imagination, and wonder.

15If you have to swallow a frog, don't stare at it too long.

17Repeat anything often enough and it will start to become you.

18Pay no attention to what the critics say. A statue has never been erected in honor of a critic.

19Happy is the man who has broken the chains which hurt the mind, and has given up worrying once and for all.

20Learn to deal with the fact that you are not a perfect person but you are a person that deserves respect and honesty.

21To exist is to change, to change is to mature, to mature is to go on creating oneself endlessly.

22There is only one corner of the universe you can be certain of improving, and that's your own self.

23All we have to decide is what to do with the time that is given to us.

24All men who have achieved great things have been great dreamers.

25The successful man will profit from his mistakes and try again in a different way.

26Don't be afraid to give up the good to go for the great.

27The growth and development of people is the highest calling of leadership.

28Nurture your minds with great thoughts. To believe in the heroic makes heroes.

29Happiness is the secret to all beauty.

30What a wonderful life I've had! I only wish I'd realized sooner.

31That I exist is a perpetual surprise which is life.

33We know what we are, but know not what we may be.

34Life is a shipwreck, but we must not forget to sing in the lifeboats.

Success is something very relative: for some, it is to succeed in the professional field, for others to overcome their own limitations, and for many, it is found in immaterial things such as love and friendship. No matter what your personality is like, these quotes will inspire you.

35If one does not know to which port one is sailing, no wind is favorable.

36The true measure of success is how many times you can bounce back from failure.

37Optimism is the faith that leads to achievement. Nothing can be done without hope and confidence.

38Kites rise against, not with the wind.

40Impossible is a word to be found only in the dictionary of fools.

41An investment in knowledge pays the best interest.

43The biggest adventure you can ever take is to live the life of your dreams.

44Twenty years from now you will be more disappointed by the things that you didn't do than by the ones you did do.

45I am always doing that which I cannot do, in order that I may learn how to do it.

46We are what we repeatedly do. Excellence, then, is not an act, but a habit.

47Anyone who has never made a mistake has never tried anything new.

48The real secret of success is enthusiasm.

49Do not wait; the time will never be 'just right.' Start where you stand, and work with whatever tools you may have at your command, and better tools will be found as you go along.

50In order to be irreplaceable one must always be different.

51Don't let anyone steal your dream. It's your dream, not theirs.

52Talent is cheaper than table salt. What separates the talented individual from the successful one is a lot of hard work.

53What you do today can improve all your tomorrows.

54Success seems to be largely a matter of hanging on after others have let go.

55Do not sit around waiting for things to come to you. Fight for what you want, take responsibility for yourself.

56Most people spend more time and energy going around problems than in trying to solve them.

57The greatest mistake you can make in life is to be continually fearing you will make one.

59Men are not made from easy victories, but based on great defeats.

61From a small seed a mighty trunk may grow

62It does not matter how slowly you go so long as you do not stop.

63If my mind can conceive it, and my heart can believe it - then I can achieve it.

64If you don't like something, change it. If you can't change it, change your attitude.

65There is only one thing that makes a dream impossible to achieve: the fear of failure.

67Work hard in silence, let your success be your noise.

68Genius... is the capacity to see ten things where the ordinary man sees one.

69We must all face the choice between what is right and what is easy.

70If I have seen further than others, it is by standing upon the shoulders of giants.

72Happiness is not something ready made. It comes from your own actions.

73The trouble is, you think you have time.

75Put all you are into the smallest thing you do.

76How could you rise anew if you have not first become ashes?

77Give light, and the darkness will disappear of itself.

78Your big opportunity may be right where you are now.

Self-improvement quotes to make you think

When you don't find the strength you need to keep up with your change and evolution, self-improvement quotes are often very useful to think about who you are, what you need, where you come from and where you're going. Find out with the following quotes.

79No one can make you feel inferior without your consent.

80Realize deeply that the present moment is all you ever have.

81Always remember... You are braver than you believe, stronger than you seem and smarter than you think.

82When you do what you fear most, then you can do anything.

85The moment you doubt whether you can fly, you cease forever to be able to do it.

86To love oneself is the beginning of a lifelong romance.

88It is not the mountain we conquer but ourselves.

89Live life as though nobody is watching, and express yourself as though everyone is listening.

90Fear defeats more people than any other one thing in the world.

91The curious paradox is that when I accept myself just as I am, then I can change.

92The way to develop self-confidence is to do the thing you fear, and get a record of successful experiences behind you.

93Mastering others is strength. Mastering yourself is true power.

94Forget about all the reasons why something may not work. You only need to find one good reason why it will.

95What would you do if you weren't afraid?

96Successful people are simply those with successful habits.

97If we did all the things we are capable of, we would literally astound ourselves.

98When we are no longer able to change a situation, we are challenged to change ourselves.

99Talk to yourself like you would to someone you love.

100It is not easy to find happiness in ourselves, and it is not possible to find it elsewhere.